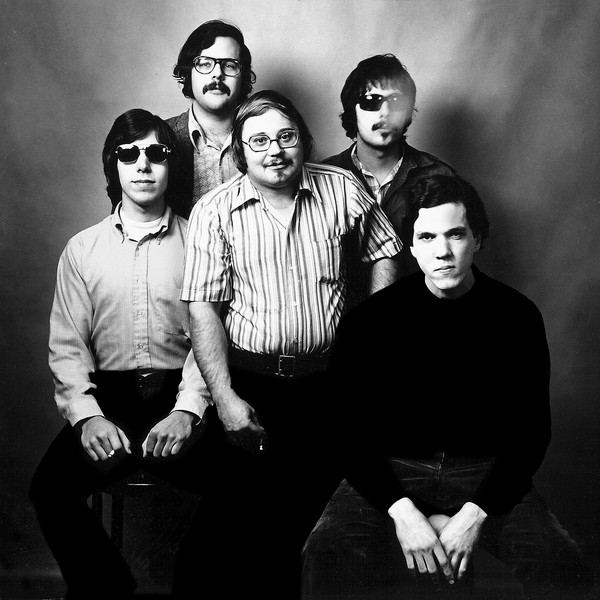 “Now Howard The Duck and Mr. Stress both stayed ‘Trapped in a world that they never made’ But not me baby I’m too precious I had to f**k off…” – Pretenders “Precious” From 1966 until 2010, Bill “Mr. Stress” Miller was the reigning king of the blues harp in Cleveland. As a bandleader, Miller fronted his iconic Mr. Stress Blues Band through numerous permutations that included some of the best and brightest musicians in Cleveland. Some of the Stress Band alumni include Chrissie Hynde (Pretenders), Peter Laughner (Pere Ubu/Rocket From The Tombs), Anton Fier (Golden Palominos/The Feelies/x_x/Styrenes/Swans), Vito Sanfilippo (Tower of Power/The O’Jays), James Emery (String Trio of New York/Anthony Braxton), Glenn Schwartz (Pacific Gas & Electric/All Saved Freak Band/The James Gang), Alan Greene (Breathless/The Innocent), Ken Klimak (Dr. John), Chuck Drazdik (It’s A Beautiful Day), Kenny Ruscitto (15-60-75), Don Baker (Rainbow Canyon/The Case of E.T. Hooley), Chip Fitzgerald (The Case of E.T. Hooley), Lud Hrovat (Dave C And The Sharptones), and noted international journalist and writer Eric Ehrmann. Bill Miller had formed the Mr. Stress Blues Band (MSBB) at the end of the summer of 1966, having been inspired by The Paul Butterfield Blues Band and numerous harder Chicago African-American electric blues performers. The band’s peculiar yet catchy name was derived from a term used in psychiatric hospitals. Miller had been inspired by Butterfield in particular and acknowledged other purveyors of “white blues” such as The Blues Project, John P. Hammond, and the Siegel-Schwall Band, but it was already clear that even on a regular night the MSBB could easily wipe the floor with any of those bands. While visually it was pretty obvious that the MSBB were a bunch of white boys from Cleveland, if you closed your eyes when they played, you could be convinced that they were a well-oiled machine of veteran bluesmen from Chicago’s South Side. Though the MSBB rarely played outside of Cleveland and ventured outside of Ohio only a handful of times, they were perhaps the best kept musical secret seen by the most people in the Buckeye state. The MSBB held down bi-weekly residencies at the legendary Cleveland clubs the Brick Cottage (1972 – 1979) and the Euclid Tavern (1979 – late 1990’s) while opening for everyone from Bonnie Raitt, Joe Jackson, James Montgomery, and Little Steven to Steppenwolf, The MC5, Nazz, and Three Dog Night. The MSBB led by Miller continued to play week after week, year after year, weathering changes in guitarists, bass players, keyboardists, and drummers as well as changing times, styles and tastes. The band’s beloved Euclid Tavern was even featured in the 1987 Paul Schrader film Light of Day starring Michael J. Fox and Joan Jett as a working class brother and sister team leading a band called The Barbusters, trying/hoping to make it big. Though the MSBB was not featured in the film, Miller nonetheless gave the film high praise. Miller ceased performing regularly in 2010 but continued to make the occasional guest appearance through 2013. Miller died of natural causes on May 18, 2015 at his apartment in the Musciains Towers in Cleveland Hts, OH. A full history of the band is included with the liner notes of Smog Veil's Live At The Brick Cottage 1972-73.