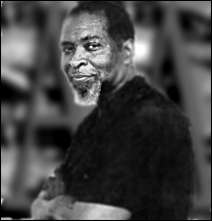 Hymn To the East on Afrisong by Muhal Richard Abrams

Miss Richards on Colors In Thirty-Third by Muhal Richard Abrams

Chant - Live on Made In Chicago by Jack DeJohnette

Jack 5 - Live on Made In Chicago by Jack DeJohnette

The Infinitive Flow on Afrisong by Muhal Richard Abrams