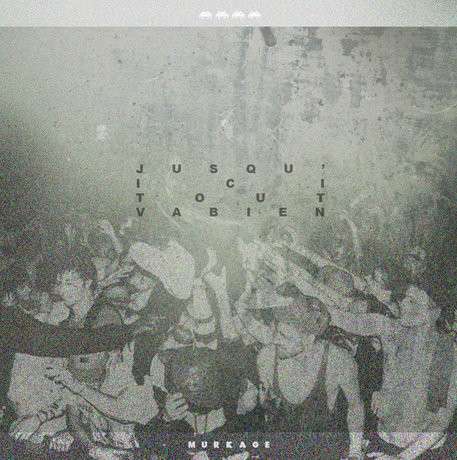 Mad, bad and dangerous to know, Murkage sound huge. Their brand of earthquake-sized electronica, coupled with socially poignant and often controversial lyrics, deftly destroys lazy categorisation. Resolutely uncompromising, the band cryptically describe their creative philosophy as 'Of Mystics And Misfits' and their sound simply as 'Murkage Music'. It is a grimy clarion call to freedom booming through underground speakerboxes worldwide. It's this high-octane onstage riot of four snarling tongues, massive live drums and a DJ, that has led critics to describe Murkage as 'probably the best live act in the country today'. After the release of their acclaimed debut EP in 2011 Murkage emerged behemoth-like from the beating heart of Manchester's nocturnal terrain, making waves throughout the past twelve months. - Murkage are currently working on their new record, collaborations include Tim Hutton (The Prodigy/Ian Brown), Alex Morris (Mikill Pane), Millions Like Us, Brackles, Compound One, Mustard Pimp, SRC and many more.. - This summer/autumn Murkage to played the mainstage of Parklife Festival in Manchester and appeared as special guests for 1995's Olympia Hall show in Paris. Also french festivals Eurockeennes, Le Rock Dans Tous Ses Etats, Marsatac, Scopitone. Dour Festival in Belgium, Splash Festival in Germany, Putte I Parken in Sweden plus Bestival and Boardmasters in the UK. - The band had their own section on the new Jaguar Skills album, released on Ministry of Sound, and were immortalised in comic book illustration on the inlay. - September saw them host a month of weekly Murkage Cartel shows on 1xtra, co-signed by DJ Semtex - The band have also supported Wu Tang Clan, Mos Def, Talib Kweli, Chiddy Bang, Giggs and Lethal Bizzle in the UK. And 1995, Sebastian and Orelsan in France.