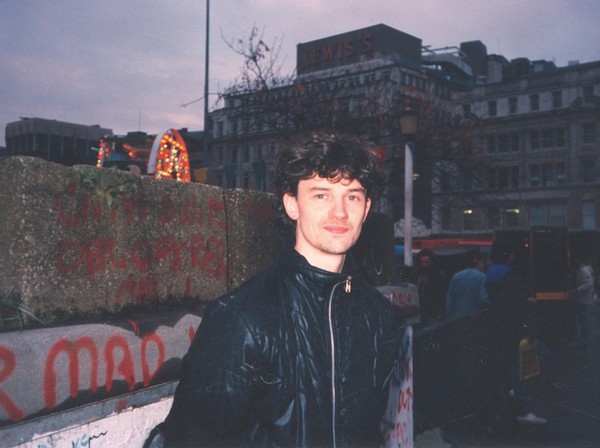 June 17, 1961 - January 14, 1999 "Bryn Jones was not a practicing Muslim and never traveled to the Middle East. His recordings as Muslimgauze, however, qualified him as one of the Western artists most explicitly slanted in favor of the Palestinian liberation movement. Since the Manchester native’s works were instrumental, most of the political statement was inherent in the packaging: witness titles such as Fatah Guerrilla, Return of Black September, Hebron Massacre, Vote Hezbollah, United States of Islam, and The Rape of Palestine. Jones’s output was so idiosyncratic and prolific that he would remix anything he was given to suit his purposes and recorded an album almost every week. Jones could have been a potentially controversial figure if his releases were available in anything except extremely limited editions—usually less than one thousand copies of each title. Despite their lack of prominence, Jones’s blend of found-sound Middle Eastern and South Asian atmospheres with heavily phased drones and colliding rhythm programs were among the most startling and unique in the noise and electronica underground. The Muslimgauze project ended tragically in 1999 when Jones died suddenly of a rare blood disease. A number of posthumous releases including Lo-Fi India Abuse (partially a collaboration with the dub collective Systemwide) and the 9-disc Box Of Silk And Dogs soon followed." -John Bush for allmusic.com His discography (96 titles at the time of his death) has nearly doubled since 1999, although this counts reissued titles as well as brand-new titles.

All The Stolen Land Of Palestine on Jerusalaam by Muslimgauze

Every Grain Of Palestinian Sand on Mullah Said by Muslimgauze

Medina Flight on Narcotic by Muslimgauze

An End on Mullah Said by Muslimgauze

Every Grain Of Palestinian Sand (2) on Mullah Said by Muslimgauze