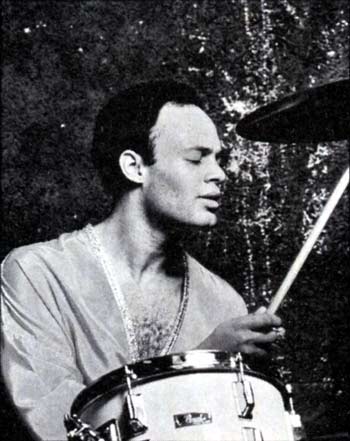 Born: 23 April 1952 in Kalamazoo, Michigan, USA. Prolific American Record Producer, Arranger, Multi-Instrumentalist Musician, and formerly Singer-Songwriter. Currently resides in San Rafael, California Walden was given the name Narada by guru Sri Chinmoy in the early 1970s. His musical career spans three decades, in which he has been awarded several gold, platinum and multi-platinum awards. Starting his career when he replaced Billy Cobham in John McLaughlin's Mahavishnu Orchestra, he continued it as a drummer in Tommy Bolin Band. Besides his solo career, that started around 1976, he has (initially under contract from Arista Records under Clive Davis) written, produced, and arranged hits for a wide array of artists, such as Whitney Houston, Aretha Franklin, Sister Sledge, Diana Ross, Mariah Carey, Al Jarreau, Stacy Lattisaw, Pointer Sisters, Phyllis Hyman, et al. He also owns recording studio Tarpan Studios, and is the owner of Tarpan Records. Some of his works are published by his own Gratitude Sky Music publishing entity. He is brother in law to Wanda Walden, ex-husband to Lisa Walden, and husband of Katie Mersereau.

The Real Thing on Victory by Narada Michael Walden

I Want You on Victory by Narada Michael Walden