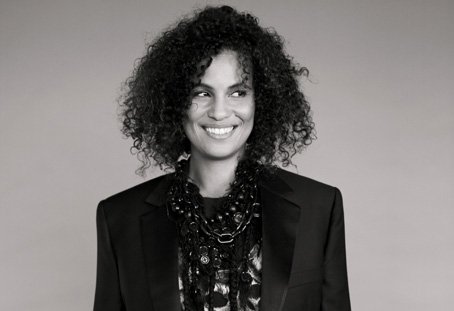 Born 10 March 1964, Stockholm, Sweden. Step-daughter of jazz trumpeter Don Cherry, half-sister of singer Eagle-Eye Cherry (same mother and Don Cherry was her stepfather) and Swedish pop star Titiyo (same father Ahmadu Jarr). She is married to Cameron McVey, mother to Mabel (5) and Lolita Moon, and step-mom to Marlon Roudette. Cherry joined English post-punk band Rip Rig & Panic in 1981 as a vocalist, later performing with several ex-members of that band as Float Up CP. In the mid-80s she sang backing vocals for the Slits and The The ("Slow Train To Dawn", 1987). In 1988, Cherry recorded the international hit single "Buffalo Stance" Her debut Raw Like Sushi"s eclectic blend of hip-hop rhythms and pop melodies earned Cherry excellent reviews and sizeable sales figures. In 1990, Cherry contributed to the AIDS-charity collection, Red Hot And Blue, singing Cole Porter's "I've Got You Under My Skin", but was quiet again until the release of Homebrew in 1992. Cherry reasserted herself as a commercial force in 1994 with the international hit single "Seven Seconds", which saw her collaborating with Senegalese superstar Youssou N'Dour. After another lengthy recording hiatus she released the album Man in 1996 which featured her last big hit single Woman.

Woman on Man by Neneh Cherry

Buffalo Stance on Raw Like Sushi by Neneh Cherry

Trout on Homebrew by Neneh Cherry

Move With Me on Homebrew by Neneh Cherry

Kisses On The Wind on Raw Like Sushi by Neneh Cherry