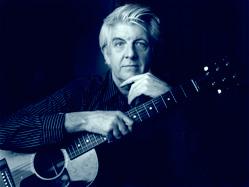 Nicholas Drain "Nick" Lowe (born 24 March 1949) is an English singer-songwriter, musician, and producer.A noted figure in UK pub rock, power pop and new wave, Lowe has recorded a string of well-reviewed solo albums. Along with vocals, Lowe plays guitar, bass guitar, piano and harmonica. He is best known for his songs "Cruel to Be Kind" (a US Top 40 single) and "(I Love the Sound of) Breaking Glass" (a top 10 UK hit), as well as his production work with Elvis Costello, Graham Parker, and others. Lowe also wrote "(What's So Funny 'Bout) Peace, Love, and Understanding", a hit for Costello.

Cruel to Be Kind on Labour of Lust by Nick Lowe

She's Got Soul on The Convincer by Nick Lowe

Cracking Up on Labour of Lust by Nick Lowe

When I Write The Book on Basher: The Best of Nick Lowe by Nick Lowe

Half a Boy and Half a Man on Quiet Please: The New Best of Nick Lowe by Nick Lowe

Homewrecker on The Convincer by Nick Lowe

I Knew the Bride (When She Used to Rock and Roll) on Quiet Please: The New Best of Nick Lowe by Nick Lowe

So It Goes on Jesus of Cool by Nick Lowe