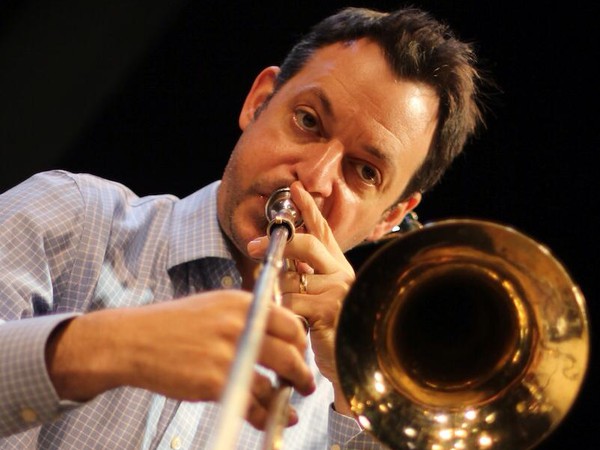 tb,
Musician of Latin and Jazz

Noah Bless (trombone) has been performing for over 20 years. Style and execution merge gracefully in his trombone playing. He received his Bachelor's degree in classical and jazz performance from Cincinnati Conservatory of Music and a Master's degree from Manhattan School of Music. S Since arriving in New York City in 1990, Mr. Bless has contributed his authoritative sound to over 50 albums for various artists including Paquito D'Rivera, Mario Bauza, Don Braden and Celia Cruz. Mr. Bless' work and contributions have been honored with major industry awards including the Grammys and the Thelonious Monk International Jazz Competition. He has played with dozens of bands including Lincoln Center Afro-Cuban Jazz Orchestra, Vanguard Jazz Orchestra, Spanish Harlem Orchestra, Kamikaze Ground Crew, Marc Anthony, J LO, Willie Colon, La India and Eddie Palmieri.