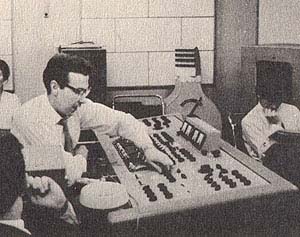 Born February 22, 1923; died March 4, 2008. English technician at Abbey Road Studios who engineered all Beatles albums until "Rubber Soul" in 1965 before resigning from EMI the following year and signing and producing Pink Floyd's first two albums. At the age of 50, he took to the stage himself -- singing under the name of Hurricane Smith.