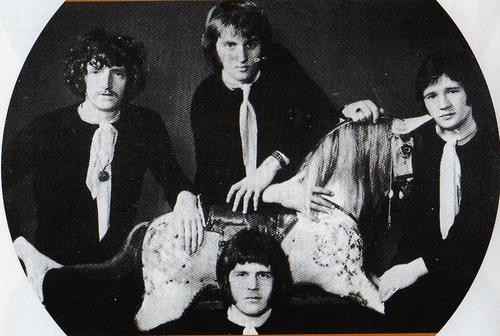 Orange Bicycle was an English psychedelic pop band, which existed between 1967 and 1971. The band played a style influenced by The Beach Boys, The Beatles, The Rolling Stones and the hippie counter culture. Previously, they acted as support, and backing band for the duo Paul and Barry Ryan as well as completing sessions for other vocalists, recording over 100 BBC Radio One sessions and appearing on UK TV. In 1970, the band released their first LP entitled The Orange Bicycle but the psychedelic style was considered too late on the scenes. The band broke up in 1971