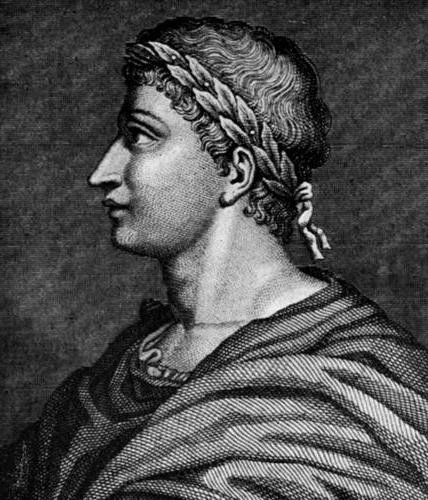 IT, Sulmona
Spoken Word and Classical
A.k.a. Publius Ovidius Naso

Publius Ovidius Naso ([ˈpʊb.li.ʊs ɔˈwɪ.di.ʊs ˈnaː.soː]; 20 March 43 BC – AD 17/18), known as Ovid (/ˈɒvɪd/) in the English-speaking world, was a Roman poet who lived during the reign of Augustus. He was a contemporary of the older Virgil and Horace with whom he is often ranked as one of the three canonical poets of Latin literature. The Imperial scholar Quintilian considered him the last of the Latin love elegists. He enjoyed enormous popularity, but, in one of the mysteries of literary history, he was sent by Augustus into exile in a remote province on the Black Sea, where he remained until his death. Ovid himself attributes his exile to carmen et error, "a poem and a mistake", but his discretion in discussing the causes has resulted in much speculation among scholars.