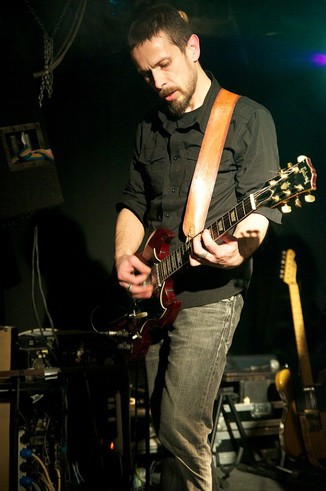 Born in Monza in 1964, self-taught, plays electric guitar and whatever else he can get. His first experiences are as a member of the experimental band Tasaday, after which he founded the rock band Afterhours (1986-90) and the seminal Six Minute War Madness in 1992. At the same time he founded the band A Short Apnea, another piece of history of the Italian underground scene. He continues to play with Tasaday in their 2000 renaissance and in various side projects such as Four Gardens in One, End of Summer, Damo Suzuki’s Network and EAReNOW since the new band as a duo with Xabier Iriondo, Uncode Duello. The Phonometak Series # 10 is his solo debut, following by the full-length LP Silo Thinking (2012), The Third Season ( 2015) and Leaking Words (2018) under the moniker Makhno.