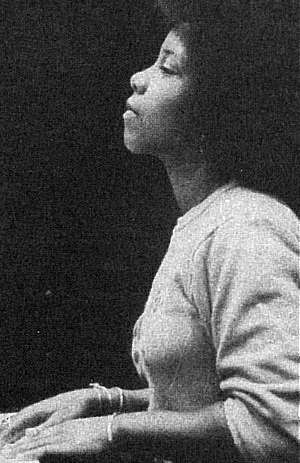 American singer, composer, pianist, and recording artist. Born: 30 September 1954 in Los Angeles, California, USA. Grammy Award-winning American R&B, Disco and Jazz vocalist, composer, classically trained pianist, keyboards player, producer, music director, and educator. Aside from the piano, Rushen can also play numerous other instruments including the flute and the clarinet, as well as various kinds of percussion. Winning a competition at the 1972 Monterey Jazz Festival gained Rushen national attention, which earned her a recording contract with Prestige Records in 1973. After recording three albums and becoming an in-demand session player, with artists that included Jean-Luc Ponty, Rushen signed with Elektra Records in 1978. Her signature sound can be described as a sophisticated composition of R&B, jazz, and funk styles.

Remind Me - Remastered Version on Forget Me Nots by Patrice Rushen

Haven't You Heard on Pizzazz by Patrice Rushen

To Each His Own on Now by Patrice Rushen