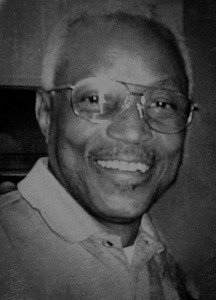 str, *1943 US, Detroit
Musician / Arranger of R&B/Soul and Electronic
A.k.a. Paul Leonidas Riser

Paul Riser (born September 11, 1943) is an American trombonist and Motown musical arranger who was responsible for co-writing and arranging dozens of top ten hit records. His legacy as one of the "Funk Brothers" is similar to that of most of the other "Brothers", as his career has been overlooked and overshadowed by the stars of Motown that became household names. Some of the Funk Brothers he worked with include: Earl Van Dyke, Johnny Griffith, Robert White, Eddie Willis, Joe Messina, Dennis Coffey, Wah Wah Watson, James Jamerson, Bob Babbitt, Eddie Watkins, Richard "Pistol" Allen, Uriel Jones, Andrew Smith, Jack Ashford, Valerie Simpson, Eddie "Bongo" Brown, Benny Benjamin, Cornelius Grant, Joe Hunter, Richard "Popcorn" Wylie, Marcus Belgrave and Teddy Buckner.