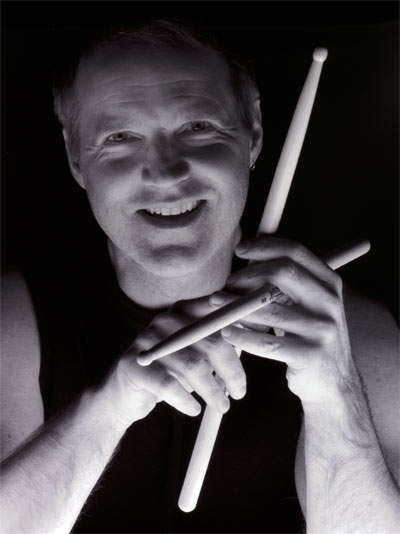 Paul Wertico (born January 5, 1953 in Chicago, Illinois) is an American drummer. He gained recognition as a member of the Pat Metheny Group from 1983 until 2001, leaving the group to spend more time with his family and to pursue other musical interests. Metheny heard the Simon and Bard Group with Wertico and bassist Steve Rodby, and invited both to join his band. During his tenure with Metheny, Wertico played on ten recordings and four videos, appeared on television and toured around the world. He also won seven Grammy Awards (for "Best Jazz Fusion Performance," "Best Contemporary Jazz Performance," and "Best Rock Instrumental Performance"), magazine polls, and received several gold records.

El Gran Zoco on After Dark by Patxi Pascual

Element 103 on The Yin and the Yout by Paul Wertico

Meeting of the Minds on Free the Opera!!! by Fabrizio Mocata, Gianmarco Scaglia & Paul Wertico

Lucia in the Sky on Free the Opera!!! by Fabrizio Mocata, Gianmarco Scaglia & Paul Wertico