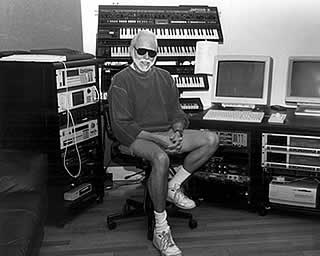 Perry "Bunny" Botkin, Jr. (born April 16, 1933 in New York) is an American composer, producer, arranger, and musician. He has composed music to many 70-80's movies, often working with his partner Barry De Vorzon. Son of Perry Botkin and brother of Ted Ellis. He's also Academy Award nominee from year 1971 and a Grammy Winner from 1977 of "Best Instrumental Arrangement" on song "Nadia's Theme".