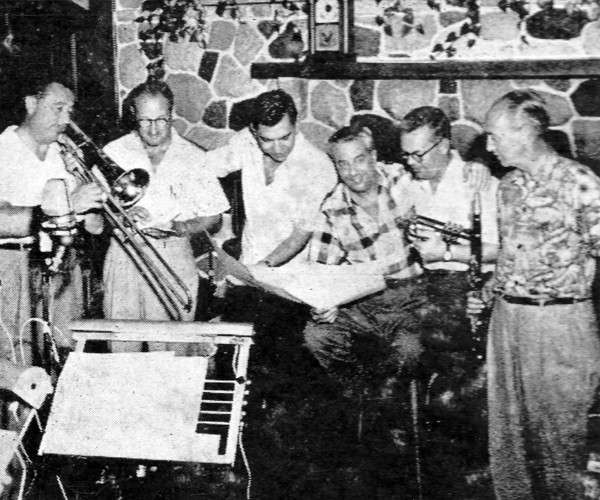 Pete Kelly And His Big Seven

Band, US
Jazz and Soundtrack

Pete Kelly's Big Seven came from Pete Kelly's Blues, which was an American radio drama which aired over NBC as an unsponsored summer replacement series on Wednesday nights at 8pm(et) from July 4 through September 19, 1951. The series starred Jack Webb as Pete Kelly and was created by writer Richard L. Breen, who had previously worked with Webb on Pat Novak for Hire; James Moser and Jo Eisinger wrote most of the other scripts. Set in Kansas City in the 1920s, the series was a crime drama with a strong musical atmosphere (Webb was a noted Dixieland jazz enthusiast). Pete Kelly was a musician, a cornet player who headed his own jazz combo, "Pete Kelly's Big Seven." They worked at 417 Cherry Street, a speakeasy run by George Lupo, often mentioned but never heard. Kelly, narrating the series, described Lupo as a "fat, friendly little guy." The plots typically centered on Kelly's reluctant involvement with gangsters, gun molls, FBI agents, and people trying to save their own skins. The endings were often downbeat.