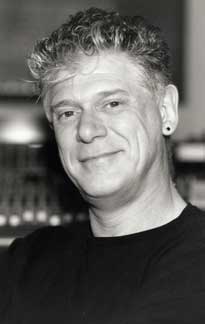 Composer - arranger - keyboardist. Not to be confused with Pete Robinson (2)! Born on 16 September 1945, Buckinghamshire, U.K. He studied piano and composition at the Royal Academy of Music and enjoyed a successful career as a session keyboardist throughout the 1970s, working with artists such as Phil Collins, Mike Rutherford, Shawn Phillips (2), Quatermass, Carly Simon, Bryan Ferry, Stealers Wheel, Andrew Lloyd Webber and others. He made his film music debut as a solo composer in 1985, scoring a number of successful films including Cocktail, Blind Fury, Cadillac Man, Encino Man, Wayne's World, Wes Craven's New Nightmare, Highlander III: The Sorcerer, Vampire in Brooklyn, Rumble in the Bronx, and The World’s Fastest Indian. Also contributed music to a number of acclaimed TV series, including The Wonder Years, Tales from the Crypt, Eerie Indiana, Charmed and The Handler. As a successful pop arranger, he has collaborated with Eric Clapton, Manhattan Transfer, Al Jarreau and Melissa Etheridge.

Where Did We Go Wrong? on Songs for the Earth Day by Various Artists

First Snow on Maybe a Moment of Relaxation During the Day? by Various Artists

Gioca Con Me on Gioca con me by Peter Robinson

When Your Heart Breaks on Popular and Beautiful by Various Artists