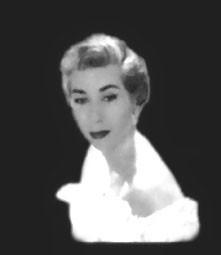 Portia Nelson (May 27, 1920 – March 6, 2001) was an American popular singer, songwriter, actress, and author. She was best known for her appearances in the most prestigious 1950s cabarets, where she sang an elegant repertoire in a soprano noted for its silvery tone, perfect diction, intimacy, and meticulous attention to words. In 1965 she portrayed the cantankerous Sister Berthe in the film version of The Sound of Music; she also had a minor role as Sarah in the musical Doctor Dolittle; on TV’s All My Children Nelson played the long-running role of nanny Mrs. Gurney. Her book of poetic musings, There’s a Hole in My Sidewalk: The Romance of Self-Discovery, became a mainstay of twelve-step programs.

Maria on The Sound Of Music by Rodgers & Hammerstein & Julie Andrews

Oklahoma!: The Surrey with the Fringe on Top on Oklahoma! by Richard Rodgers & Musical Cast Recording

Oklahoma!: The Farmer and the Cowman on Oklahoma! by Richard Rodgers & Musical Cast Recording