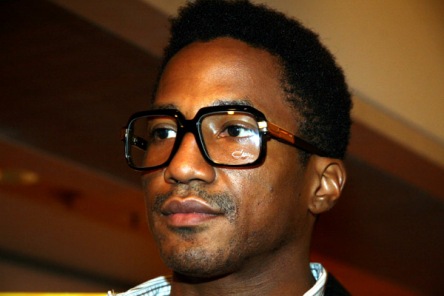 Born: 10 April 1970, NYC, USA. In the mid-1990s he converted to Islam and changed his name from Jonathan Davis to Kamaal Ibn John Fareed. Described by fellow Quest member, Jarobi as the "Leader" on A Tribe Called Quest's debut album, Q-Tip is now considered as one of the leaders in the rap game. He helped pioneer a positive hip-hop movement as part of the native tongues and has made it his duty to help and provide direction for some of the most talented artists over the years, such as Busta Rhymes, Consequence, Nas, Mobb Deep, The UN (2). Q-Tip has three unreleased albums, two with Dreamworks Records and one "Abstractions" with Arista. He has released two solo albums to date. In 2006 Q-Tip rejoined fellow members of A Tribe Called Quest and went on a sellout tour of the USA, Mexico and Canada.

Get Involved on The PJs by Various Artists

Let's Ride on Amplified by Q-Tip

Won't Trade on The Renaissance by Q-Tip

Vivrant Thing on Violator: The Album by Various Artists

Breathe And Stop on Amplified by Q-Tip

Gettin Up on The Renaissance by Q-Tip

WeFight/WeLove on The Renaissance by Q-Tip