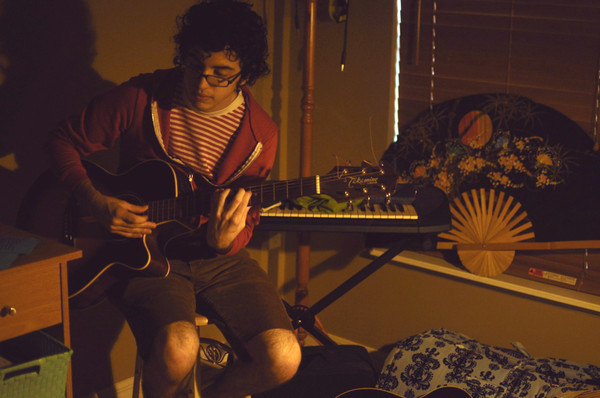 Ray Willson is a multi-instrumentalist, electronic musician, producer and sound engineer best known for his work under the alias Sundrenched. Born and raised in Florida, USA, he is best known for his 2012 single Ice Cream Truck and his 2017 full-length debut the sundrenched lofi guitar ensemble, vol. 1. Ray worked with The B-52's Fred Schneider in 2010 through the single Fruitcake (Rebaked), as well as Daisuke Tanabe in 2015. With a consistent and private musical output reaching back to 2006, he quietly built confidence through the local CD-R and cassette community, releasing collections among friends and Jacksonville natives, as well as building up a reputation as one of the best fingerstyle guitarists in Jacksonville. These first attempts were released under his own name, as Melodramatic Astronaut and as Sleeping, Dreaming. Ray made the switch to alias Sundrenched in late 2009 and released a large number of digital and cassette albums through his homemade labels Dust-Tone and Southeast Art Collective, leading to songs from Ice Cream Truck and Emerald.EP being used in commercials and indie films around the world, including several online segments from PlayBoy in 2015. In additional to his musical background, his visual artwork (under the alias dusq.) has gotten praise from Brainfeeder and Warp Records contemporaries including Flying Lotus, Teebs, Ras G, Gonjasufi, Thundercat and more.