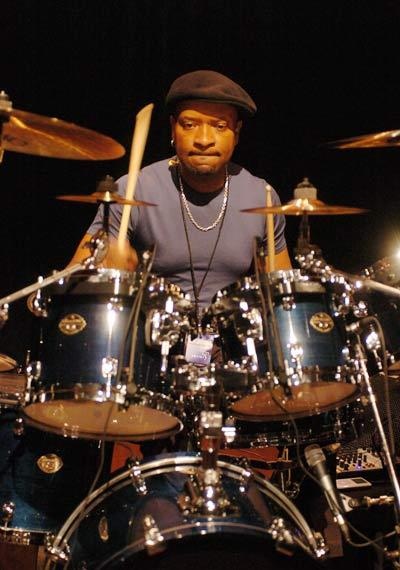 Drummer, Percussionist. For the Bass player please use: Ray Griffin Born: February 6, 1958, Indianapolis, Indiana. Rayford got his first drum (a field snare) at the age of 10 and played in his grade school marching band and orchestra. He got his first full set of drums at 13. Aside from a brief flirtation with trombone in high school, drums have remained Rayford's primary instrument. He went on to drum with a number of the performers to whom he listened while growing up, including Stanley Clarke, George Duke, Lee Riteriour, Anita Baker, Cameo, George Howard, and Jeff Lorber, just to name a few. In 2002, he released his first solo album, entitled "Rebirth Of The Cool." Family-related to Reggie Griffin

In Your Eyes on Rebirth Of The Cool by Rayford Griffin

Lids And Squares on Rebirth Of The Cool by Rayford Griffin

Folake on Rebirth Of The Cool by Rayford Griffin