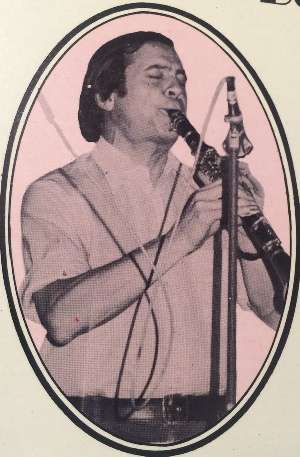 French clarinetist, born December 7, 1929 in Oran (Algier), died April 2, 2002. After studying classical violin, he took up clarinet in 1948. From 1948 until 1960, he played with Pierre Braslavsky And His Band and with André Réwéliotty Et Son Orchestre, which accompanied Claude Luter. After playing in Marc Laferrière Et Son Orchestre he organised his own band, with which he made numerous tours, especially in West Germany. From 1969 on, he also played soprano saxophone.