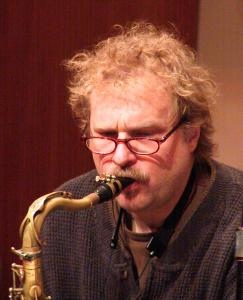 Rich Perry is an American jazz tenor saxophonist from Cleveland, Ohio.Rich Perry attended Bowling Green State University for a year before moving to New York. Perry first toured with the Glenn Miller Orchestra in 1975, and followed it with time in the Thad Jones/Mel Lewis Orchestra the following year. He has also played with Chet Baker, Paul Bley, Machito, Bob Moses, Jack McDuff, Billy Hart, Eddie Gómez, Tom Harrell, and Harold Danko. He has released copiously as a leader since 1993 on Steeplechase Records.

I've Never Been In Love Before on Nocturne by Rich Perry

Why Do I Love You? on Jam Session Vol. 28 by Steve Davis, Conrad Herwig & Rich Perry

Cherokee on Nocturne by Rich Perry

Detour Ahead on Mood by Rich Perry