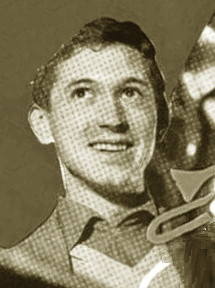 ☆ November 16, 1936, Paris French (half english) songwriter, instrumentist, band leader, producer wellknown in 1960's Was remarked in 1953 by Nino Ferrer and both founded a jazz band - Richard Bennett Et Ses Dixie Cats, where Nino Ferrer played at bass guitar and Richard Bennett played at drums. The band will be disbanded after ten years of activity. Lived permanently in Saint-Germain-des-Prés and was raised with his cousin, Stéphane Guérault (later, jazz tenor saxophone and clarinet player). His mother want for him to study piano, classical music, but Richard and Stéphane goes to jazz music, listening many naights jazz, in the cellars where play Claude Luter, Michel Attenoux, , etc. 1964 - recruited in by Barclay, as artistic director to reactivate the Riviera (3) label run by Léo Missir In late 1965 - moved to Polydor as artistic director, requested by Jacques Kerner, Polydor's managing director. During his career as artistic director, was forced to co-sign texts or music with pseudonyms, one of them was Burt Blakey. Drummer, artistic director at Barclay and Polydor and CBS, Richard Bennett is part of that generation that grew in the early 1960's jazz to rock and R & B. His name is associated with Nino Ferrer, with whom he started from the 1950's and he always remained close.

Wayfaring Stranger on In The Wind Somewhere by Richard Bennett

Bonnie on In The Wind Somewhere by Richard Bennett