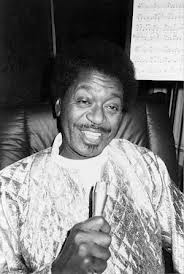 Singer and trombonist, born 23 February 1930 in Little Rock, Arkansas, died 8 February 1999 in Copenhagen, Denmark. Worked with artists like Gerald Wilson, Dexter Gordon and Della Reese during the 1950's and 1960's. Was a member of Count Basie's orchestra from 1966 until 1969. Moved to Denmark in the early 1970's, where he would join the Danish Radio Big Band from 1973 until 1985. Richard Boone has also made several recordings as a bandleader.

The Lord's Prayer on Forever by Richard Boone

Forever on Forever by Richard Boone