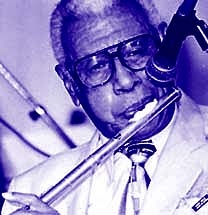 Richard Egües, nicknamed "la flauta mágica" (the magic flute), (October 26, 1923 - September 1, 2006) was a Cuban flautist and musician, one of the country's most famous artists. Egües was a member of the Orquesta Aragón band which he joined in 1953. He was also a strong supporter of the Cuban Revolution. A few days before he died, Richard Egües stated "I would give my life for him", referring to the Cuban President Fidel Castro, who was very sick at the time.