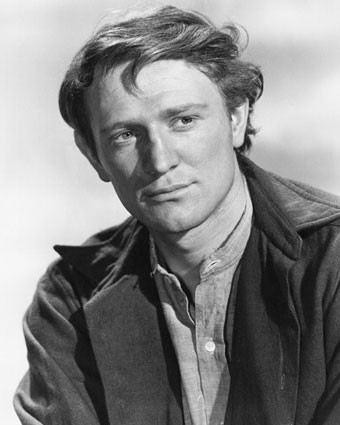 Richard St John Harris (1 October 1930 – 25 October 2002) was an Irish actor, singer, songwriter, producer, director, and writer. He appeared on stage and in many films, appearing as Frank Machin in This Sporting Life, and King Arthur in the 1967 film Camelot and the subsequent 1981 revival of the show. He played an aristocrat and prisoner in A Man Called Horse (1970), a gunfighter in Clint Eastwood's Western film Unforgiven (1992), Emperor Marcus Aurelius in Gladiator (2000), and Albus Dumbledore in the first two Harry Potter films: Harry Potter and the Philosopher's Stone (2001) and Harry Potter and the Chamber of Secrets (2002). Harris had a top ten hit in the United Kingdom and United States with his 1968 recording of Jimmy Webb's song "MacArthur Park".

MacArthur Park on A Tramp Shining by Richard Harris

Didn't We - With Interlude on A Tramp Shining by Richard Harris

The Yard Went On Forever on Lost 60s by Various Artists

Lovers Such as I on Songs to Remember Vol. 1 by Various Artists

Paper Chase - Without Interlude on A Tramp Shining by Richard Harris