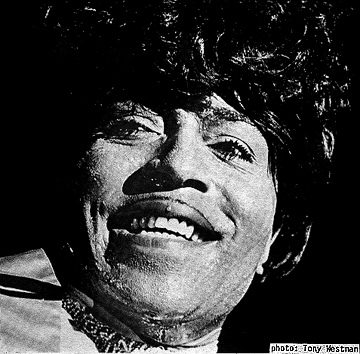 Richard Wayne Penniman (born December 5, 1932), known by his stage name, Little Richard, is an American musician, singer and songwriter.An influential figure in popular music and culture for more than six decades, Little Richard's most celebrated work dates from the mid-1950s, when his dynamic music and charismatic showmanship laid the foundation for rock and roll. His music also played a key role in the formation of other popular music genres, including soul and funk. Little Richard influenced numerous singers and musicians across musical genres from rock to hip-hop; his music helped shape rhythm and blues for generations to come, and his performances and headline-making thrust his career right into the mix of American popular music.