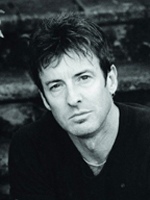 He started drumming when he was 7, and got his first kit at 15. He and Jim Moginie began playing together, and formed the band known as Schwampy Moose. In 1972 he formed Farm, with Jim Moginie, Andrew "Bear" James. In 1976, with the addition of Martin Rotsey and Peter Garrett, Farm was renamed into Midnight Oil. His other side projects include Ghostwriters, who have released three albums and a number of singles. Other projects include Hirst & Greene (with Peter Greene), Angry Tradesmen (with Dom Turner) and Backsliders (with Dom Turner and Jim Conway) He has also worked with Charlie McMahon (Didgeridoo player) on the Gondwanaland Project, and co-wrote the Australian Olympic song for 1988.