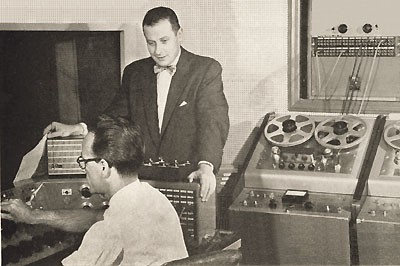 American recording engineer (1922-1982), an inventor and consultant in sound recording for films and television, best known for his Mercury Living Presence recordings with his wife Wilma Cozart Fine. He won several awards for his contributions to the recording industry, had his own recording studio in New York (Fine Recording, Inc.) and was involved in the development of stereo recording techniques and long-play records.