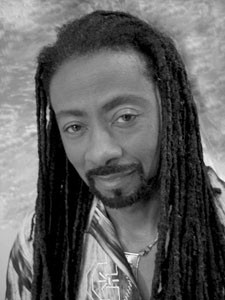 Robert Irving III (born October 27, 1953) is an American pianist, composer, arranger and music educator.A native of Chicago, Irving was one of a group of young Chicago musicians that in the late '70s and early '80s formed the nucleus of Miles Davis' recording and touring bands. Irving left the Davis band in 1989, and has gone on to a prolific career as touring musician, composer, arranger, producer, educator and interdisciplinary artist. Irving has recently (with the 2007 release of New Momentum) resumed his career as a recording artist under his own name.

It's About That Time on Miles From India by Various Artists

Jean Pierre on Miles From India by Various Artists