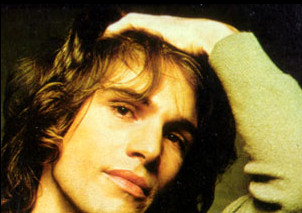 John Roger Voudouris (December 29, 1954 - August 3, 2003) was an American singer-songwriter/guitarist best known for his 1979 hit, "Get Used to It."Voudouris was born in Sacramento, California and formed Roger Voudouris' Loud as Hell Rockers while still attending C.K. McClatchy High School, entering regular performances at the Elegant Barn Nightclub. That band would later enjoy small success while performing as an opening act for The Doobie Brothers, Stephen Stills and John Mayall. Voudouris also performed in Vadouris/Kahne with David Kahne, prior to being signed by Warner Brothers as a solo act.

Get Used to It on Radio Dreams by Roger Voudouris

Just What It Takes on Radio Dreams by Roger Voudouris

Get Used to It - Rerecorded Version on The Super 70's - Vol. 1 by Various Artists