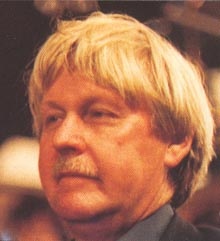 A Summer Place on The Omega Man by Ron Grainer

Surprise Party on The Omega Man by Ron Grainer

Maigret Theme on Escape in Time: Popular British Television Themes of the 1960s by Various Artists

On the Tumbril on The Omega Man by Ron Grainer