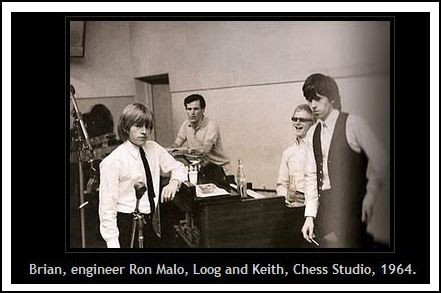 Ron Malo (died August 15, 1992) was an engineer for Chicago's Chess Studios. He was the engineer for the first sessions the Rolling Stones did in the USA, in Chicago in June 1964, recording songs ("It's All Over Now", "I Can't Be Satisfied", "Look What You've Done", "Around and Around", "Down the Road a Piece" etc.) that wound up appearing on the albums 12 X 5, The Rolling Stones, Now! and December's Children (And Everybody's). He was also the engineer at Chess when they returned in November 1964 to do more sessions there, and when they came back a third time in May 1965 (resulting in Out of Our Heads songs like "Mercy Mercy" and "That's How Strong My Love Is").