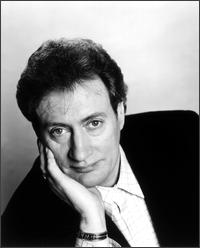 American baritone saxophonist, born December 25, 1941 in New York City, New York. Primarily known as a traditional jazz musician, he also performs in Latin sessions and has appeared on numerous pop, rock and rhythm & blues recordings as an in-demand sideman. His first notable work was with Marshall Brown's Newport Youth Band at the 1959 Newport Jazz Festival. During the 1960's, he was featured with the groups of Slide Hampton, Maynard Ferguson, George Benson, Lionel Hampton, Woody Herman and Lonnie Smith. During the 1970's, Cuber performed with Eddie Palmieri playing both the flute and baritone saxophone. He recorded his own Cuber Libre in 1976, worked with Lee Konitz from 1977 to 1979 playing the clarinet and soprano saxophone alongside the baritone and in 1979 released The Eleventh Day Of Aquarius. He was a member of the Saturday Night Live Band for 5 years during the 1980's. Since the 1980's, he has released a succession of traditional jazz recordings such as Live At The Blue Note, Passion Fruit, Airplay, Love For Sale, The Scene Is Clean, Cubism and Pinpoint. Other musicians who have recruited Cuber for sessions include Chaka Khan, Paul Simon, Eric Clapton, Yoko Ono and David Byrne.

Passion Fruit on Live At JazzFest Berlin by Ronnie Cuber

House on Fire on Look out Now! by The Gaddabouts

I'm a Van on Look out Now! by The Gaddabouts

Free on Look out Now! by The Gaddabouts

The Horse's Mouth on Look out Now! by The Gaddabouts

Caravan on In A New York Minute by Ronnie Cuber

Blessed Days on Look out Now! by The Gaddabouts