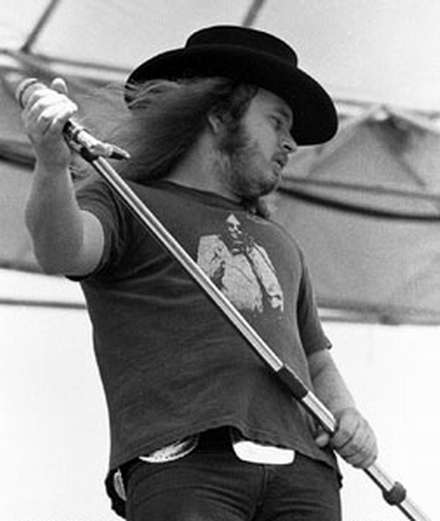 Best known as the original lead singer, songwriter and founding member of Lynyrd Skynyrd. Older brother of Donnie Van Zant and Johnny Van Zant. Born: January 15, 1948 in Jacksonville, Florida St Vincent's Hospital Died: October 20, 1977 in a plane crash in the swampland of southern Mississippi. At 6:42 PM, the pilot of Lynyrd Skynyrd's chartered Convair 240 airplane, tour plane 'Freebird' en route to a gig in Baton Rouge, Louisiana had taken off from Greenville, South Carolina radioed that they were dangerously low on fuel. Less than ten minutes later, the plane crashed into a densely wooded thicket in the middle of the swampland near Gillsburg, Mississippi. The crash killed Ronnie Van Zant, guitarist Steve Gaines, vocalist Cassie Gaines, and road manager Dean Kilpatrick. Van Zant was buried in Orange Park, Florida in 1977, but was relocated after vandals broke into his and bandmate Steve Gaines' tombs on June 29, 2000. Van Zant's casket was pulled out and dropped on the ground. According to the cemetery listing website Find-a-Grave, Van Zant was reburied at Riverside Memorial Park in Jacksonville, near the grave of his father Lacy and mother Marion. Both his current resting place and the empty mausoleum in Orange Park are memorials for fans to visit.