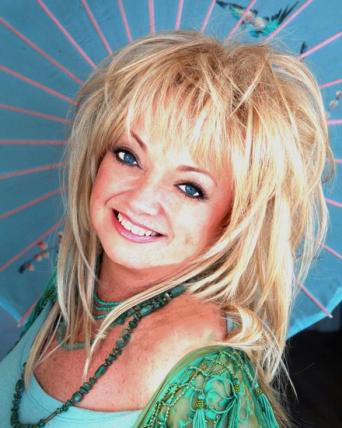 Rosemary Butler is an American singer. She began her career playing bass and singing in an all-girl band named the Ladybirds while attending Fullerton Union High School in Fullerton, California. The band appeared on several Los Angeles area television shows before opening for the Rolling Stones in 1964. She then joined all-female hard rock band Birtha who released two albums for Dunhill Records. After they split in 1975, she became a popular back-up singer in the late 1970s and early '80s. Her vocals were featured on Bonnie Raitt's album, Sweet Forgiveness, on songs "Gamblin' Man", "Runaway", "Sweet Forgiveness", and "Two Lives."

That's When I Find You (feat. Michael Finnigan, Jesse Siebenburg & David Pearlman) on You Just Watch Me by Rosemary Butler

I Want You to Think of Me (feat. Arnold MC Culler, David Lindley, Michael Finnigan, Leland Sklar & Russell Kunkel) on You Just Watch Me by Rosemary Butler

When Will I Be Loved (feat. Freebo, Michael Finnigan, Leland Sklar & Russell Kunkel) on You Just Watch Me by Rosemary Butler

What's Love Got to Do With It (feat. George Friedenthal) on You Just Watch Me by Rosemary Butler