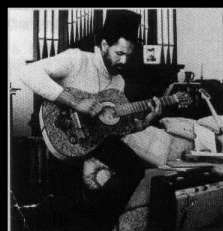 Rosko Gee is a Jamaican bassist, who has played with the English band Traffic on their albums When the Eagle Flies (1974) and The Last Great Traffic Jam (2005); with Go featuring Stomu Yamashta, Steve Winwood, Michael Shrieve, Klaus Schulze and Al Di Meola; and with the German band Can, along with former Traffic percussionist Rebop Kwaku Baah, appearing on the albums Saw Delight, Out of Reach and Can. He toured with Can in 1977, whereas Rebop did not. He also provided vocals for some of the band's songs during this period.Rosko's current project is Rosko Gee & The Hooded Ones.