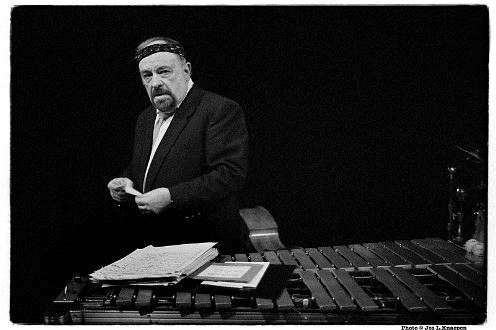 A Belgian jazz musician born in Andenne October 23, 1927, Fats Sadi plays percussion and vibraphone, but he is also a vocalist, composer and arranger. From 1950 to 1961 he worked in Paris with notable local and American jazz figures, including Lucky Thompson, Kenny Clarke and Django Reinhardt. Later in his career, Sadi was a long-time member of the Clarke-Boland Big Band. In 1995 he became seriously ill and has since appeared on stage only sporadically. Yet he was elected the best vibraphone player in Europe of the year 1998 by Belgian critics. Sadi recorded several, mostly obscure solo albums with his own quartet and nonet. His best-known release is perhaps Ensadinado, which was released by the German label Saba in 1966. Sadi died in Huy on February 20, 2009.