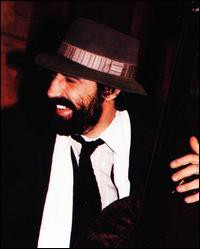 Saheb Sarbib (born 1944) is an American jazz double-bassist and bandleader.Sarbib, born Jean Henri Sarbib, was raised in Europe. His father was Roger Sarbib a well-respected French pianist and innovator of the Big Band style in Portugal in the 40's and 50's also pianist of icons of French song such as Edith Piaf, Charles Trenet and Maurice Chevalier. From 1973 to about 1977 Sarbib led his own ensembles in France; Daunik Lazro, François Jeanneau, Muhammad Ali, and Mino Cinélu were among those who played with him as sidemen. In Europe he became affiliated with Cecil Taylor and performed with Cecil Taylor and Archie Shepp.