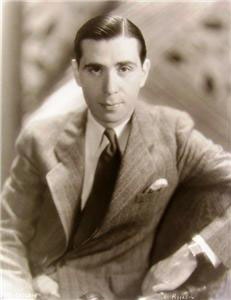 American songwriter, singer, film producer, publisher, and market analyst. Born December 27, 1902 - New York, NY, USA Died April 2, 1982 - New York, NY, USA. He began writing songs as a teenager. He contributed songs to Broadway revues, formed the music publishing company Spier and Coslow in 1928 and made a number of vocal recordings. With the explosion of film musicals in the late 1920s, Hollywood attracted a number of ambitious young songwriters and Coslow joined the exodus in 1929. Coslow and his partner Larry Spier sold their publishing business to Paramount Pictures and Coslow became a Paramount songwriter. One of his first assignments for the studio was the score for the 1930 film The Virtuous Sin. He formed a successful partnership with composer Arthur Johnston and together they provided the scores for a number of films including Bing Crosby vehicles. Coslow became a film producer in the 1940s and won the Academy Award for Best Short Film for his production Heavenly Music in 1943. He was married to actress Esther Muir from 1934 to 1948, and they had a daughter Jacqueline Coslow, who also worked as an actress. In 1953 he married famed caberet singer, Frances King, of Cafe Societie duo Noble & King. Sam and Frances remained married until his death in 1982. Together they have a daughter, Cara Coslow who gained notoriety as Head of Casting for Carsey Werner Productions and the Producer of the television series Dante's Cove. Cara is also an author of two books. During the 1960s Coslow's work shifted from music and film to market analysis. During this time Coslow founded the publishing company Investor's Press, which published investing books and the newsletter "Indicator Digest." During the 1970s Coslow wrote two books, "Cocktails for Two" which focused on his musical career and "Super Yields" which focused on investing. He died in New York City. List of song titles: "Bebe", "Wanita", "True Blue Lou", "Sing, You Sinners", "Hot Voodoo", "Just One More Chance", "Thanks", "The Day You Came Along”, "Learn To Croon", "Cocktails for Two", "(If You Can't Sing It) You'll Have to Swing It (Mr. Paganini)", "My Old Flame", "Beware My Heart", "Kiss and Run", "In the Middle of a Kiss", "(Up On Top Of A Rainbow) Sweepin' The Clouds Away"

Does She Love Me? Positively, Absolutely on The Sweetheart Waltz by Bert Firman Orchestra & Cavan O'Connor