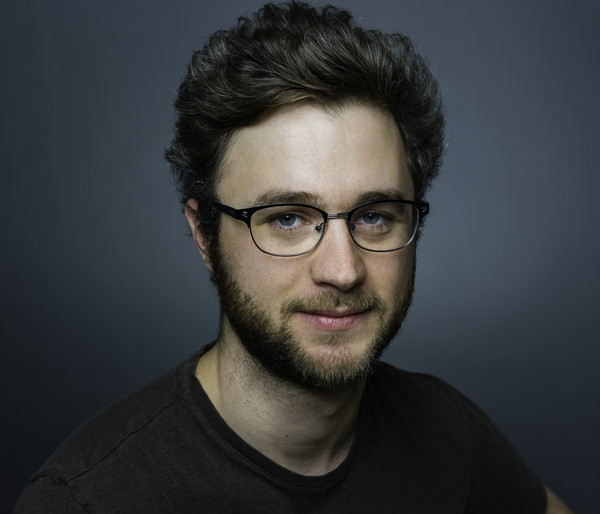 Samuel Adams (b. 1985) is an American composer, sound designer, music educator and multi-instrumentalist, son of the composer John Adams, and a Mead Composer-in-Residence with The Chicago Symphony Orchestra (since 2015). A self-taught jazz bassist, Adams was born and raised in San Francisco Bay Area. He studied composition with Mark Applebaum and Erik Ulman at the Stanford University, as well as electroacoustic music with Jean-Claude Risset at Center for Computer Research in Music and Acoustics. Samuel graduated with honors and a Bachelor of Arts degree in Music in 2008. Adam was granted a Stephen and Denise Adams Scholarship and continued his education at Yale University School Of Music with Martin Bresnick and Ezra Laderman, receiving an MMus degree in Composition in 2010. After the graduation, Samuel Adams began working in New York City. Between 2010 and 2011, he composed Tension Studies for electric guitar, percussion, and electronics. One of his first major works, Drift and Providence (2012) for large ensemble, four percussionists, and electronics, was co-commissioned by The San Francisco Symphony Orchestra and New World Symphony Orchestra and later featured as part of SF Symphony national tour. In 2013, Adams wrote String Quartet in Five Movements, commissioned by Spoleto Festival USA for St. Lawrence String Quartet, and Violin Concerto for Berkeley Symphony Orchestra with a soloist Anthony Marwood, which was premiered at Zellerbach Auditorium under the baton of Joana Carneiro. He was also commissioned by Carnegie Hall to compose Radial Play (2014) for The National Youth Orchestra of the USA. In 2013, Adams was a composer-in-residence at Visby International Centre for Composers in Sweden and Avaloch Farm in Boscawen, New Hampshire. He also received two ASCAP Morton Gould Young Composer Awards in 2010 and '13. Samuel moved to Chicago and currently serves as a composer-in-residence with Chicago Symphony, assigned to create new works for the orchestra and co-curate CSO's critically-acclaimed MusicNOW series with a fellow resident Elizabeth Ogonek. His innovatively orchestrated and often atmospheric works draw inspiration from traditional and experimental forms, microsound, noise, improvised music, and digital culture. Adams wrote Shade Studies (2014) for pianist Sarah Cahill and collaborated with Paul Dresher Ensemble, Lisa Moore, Emanuel Ax, Spektral Quartet and Australian Chamber Orchestra. During the summer of 2016, the composer has been working in residence with National Orchestral Institute to record 'Drift and Providence' for an upcoming Naxos release. Samuel was recently awarded a Civitella Ranieri Foundation Fellowship to spend a summer as an artist-in-residence in Umbria, Italy in 2017.

Surface Down on Lyra by Samuel Adams & The Living Earth Show

Movements (for us and them) - ACO Originals, Live from City Recital Hall, Sydney, 2018 on Movements by Samuel Adams, Australian Chamber Orchestra & Richard Tognetti

Wedding: I. Unison on Lyra by Samuel Adams & The Living Earth Show

Field on Lyra by Samuel Adams & The Living Earth Show