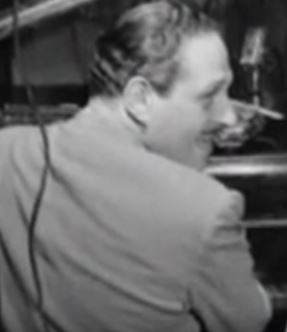 Sanford Gold (June 9, 1911 – May 29, 1984) was an American jazz pianist born in Cleveland, Ohio.Gold played locally in Cleveland and led regional bands before moving to New York City in the 1930s. There he collaborated with Babe Russin and Raymond Scott in 1935, and formed a trio with Dave Barbour in 1941. In 1942 he worked as a studio musician for CBS before serving in World War II from 1942 to 1946. After being discharged from the military, he worked with Don Byas, Mary Osborne and others before he went to work for CBS rival NBC, from 1949-1954. An album was recorded under his name on the Prestige label in 1955, entitled Piano d'Or. Gold was also a sideman with Johnny Smith, Al Cohn, Vic Dickenson, Coleman Hawkins and Sally Blair.