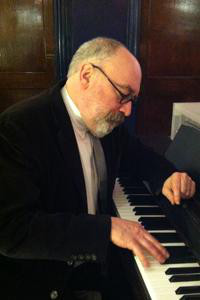 Record producer, engineer, mixer and co-founder of Fort Apache Studios. Also an associate professor in the Music Production and Engineering (MP&E) Department at Berklee College of Music. A graduate of Yale University in 1978, he moved to Boston, playing guitar and saxophone in various beat combos before co-founding Fort Apache Studios in 1985. Slade has produced, engineered, and mixed records for Radiohead, Hole, the Mighty Mighty Bosstones, Warren Zevon, Lou Reed, Joe Jackson, the Dresden Dolls, and many more artists. When not teaching at Berklee, he can be found recording music at Quarry Recorders, his studio in rural Maine.