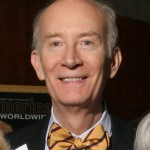 American music writer, he edited Tape Deck Quarterly and Modern Recording, then wrote for various international publications. He was also involved in three CD series, assisting producer Wilma Cozart in the reissue of Mercury Living Presence recordings, consulting on Sony's Masterworks Heritage reissues of Columbia recordings, and producing five 10-CD sets of New York Philharmonic broadcasts that date from 1923 to the present, for which he received three Grammy Award nominations. He has been editor of Musical America International Directory of the Performing Arts since 1993.