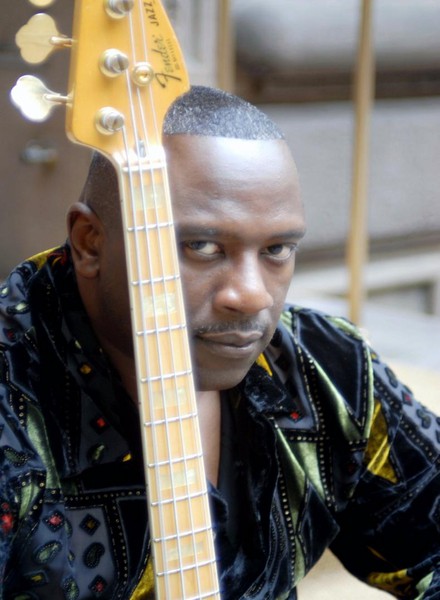 b, US
R&B/Soul and Electronic

At the age of 8, Sekou’s first interest in the arts manifested itself in his work as a still-life and portrait artist. One of his works, an oil painting of the Brooklyn Bridge, was chosen for display at the Metropolitan Museum of Art. But music had more of an impact on Sekou, especially the music of James Brown. Sekou and two of his brothers started a dance review with the group name the Black Executives and began entering local talent contests. By the age of 14, with an upcoming career as a dancer and commercial artist, Sekou realized his destiny as a musician and started playing the electric bass. Around 1974 his mother bought him a bass. Under the direction of his uncle, Ralph Bunch, Sekou began playing local gigs and jam sessions. At age 17, Sekou teamed up with GRP artist, Tom Browne and he recorded on Browne's album “Funkin for Jamaica.“ Sekou would later move to Los Angeles where he met the late George Howard, who he toured and recorded a host of records with. Sekou then collaborated with producers Angela Winbush and Ronald Isley to record on Stephanie Mills’ hit “Something In The Way You Make Me Feel.” Sekou was later hired as musical director for the Isley Brothers where he served with distinction for 11 years. Sekou is also a member of Quincy Jones’ “A Team” along with session musicians such as John "JR" Robinson, Greg Phillinganes and Paul Jackson, Jr.

Take Five/ In Three on The Next Level by Sekou Bunch

Sun Goddess on The Next Level by Sekou Bunch

Haters on The Next Level by Sekou Bunch

Smooth Sailing on The Next Level by Sekou Bunch

Essence on The Next Level by Sekou Bunch

Purple Haze on The Next Level by Sekou Bunch

Funkabilly on The Next Level by Sekou Bunch

Catano on Sekou by Sekou Bunch