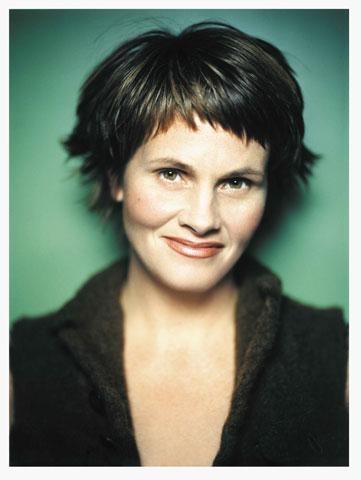 Austin, Texas Grammy Award winning musician born January 10, 1956 in Vermillion, South Dakota. In the 27 years since the release of her debut album, Colvin has won three Grammy Awards, released eleven albums, written a critically acclaimed memoir, maintained a non-stop national and international touring schedule, appeared on countless television and radio programs, had her songs featured in major motion pictures, and created a remarkable canon of work. Colvin was born in Vermillion, South Dakota, where she lived until she was eight. A small-town childhood in the university town of Carbondale, Illinois, drew her to the guitar by the age of 10. She made her first public appearance on campus at the University of Illinois at age 15. By the late 1970s Colvin was singing in a Western Swing band in Austin, Texas—the city she now calls home.

Tougher Than The Rest on Uncovered by Shawn Colvin

When You Know on Serendipity by Various Artists

This Must Be The Place (Naive Melody) - Live at the Bottom Line, NYC, NY - August 1993 on Cover Girl by Shawn Colvin

Shotgun Down The Avalanche on Steady On by Shawn Colvin