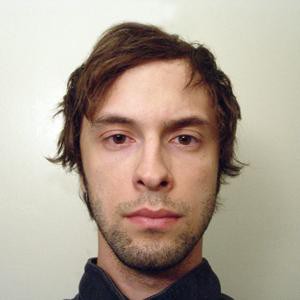 Shelby Serban-Alex Cinca (born 19 March 1976) is a Romania-born musician, one of the founding members of the DC post-hardcore band Frodus and the vaudevillian steampunk band, The Cassettes. He has also been a part of such bands as Frantic Mantis and Decahedron. In 2006, Shelby began releasing solo electronic music under his own name that he created with a Game Boy (Game Boy music) using the Nanoloop software accompanied by various synthesizers and occasional guitars. 2008 saw the official debut releases of his dance/electronica persona, Triobelisk, with 2 EPs after being playlisted by numerous DJs previously for his unsolicited remix of Sussudio by Phil Collins that was released in 2007. He has also assisted and help run the independent record labels Carcrash Records (Sweden), Lovitt Recor

The One Who Tried to See It All on Empower: Exercising the Human Spirit by Various Artists