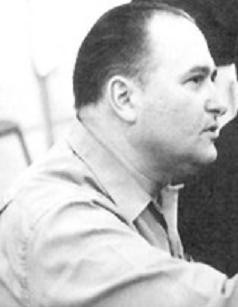 Born December 24, 1916, in New York City; Died February 16 2006 in Beachwood, Ohio; Sid Feller was a trumpet player, orchestra leader, producer and arranger whose 30-year partnership with Ray Charles produced lushly arranged hits such as “Georgia on My Mind” and “I Can’t Stop Loving You.” As the head in-house arranger for Capitol Records and then ABC Records, Feller also worked with Peggy Lee, Mel Torme, Paul Anka, Steve Lawrence, and Eydie Gorme, and later in his career was the musical arranger for “The Flip Wilson Show,” and a host of other televised music specials.